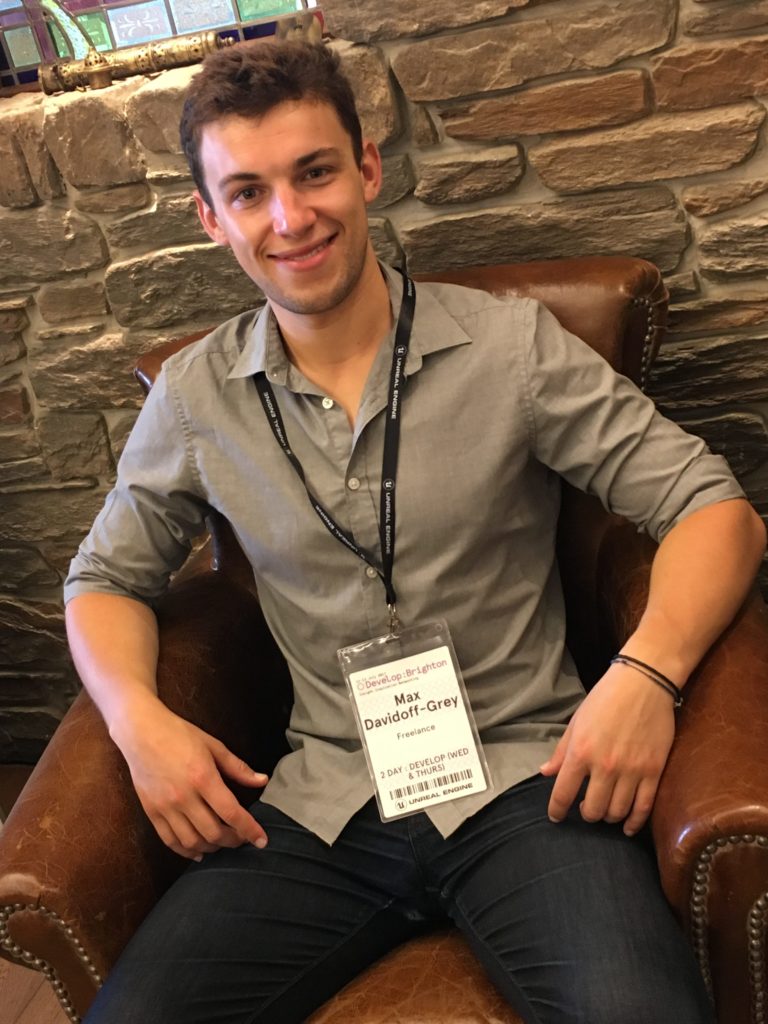 Back in February I had the opportunity to attend my first GDC, thanks to GANG who offered me a scholar’s pass to the conference. After flying back across the Atlantic to my home in the UK, and taking some time to absorb the amazing week in San Francisco, I was pleased to see GANG offering a discount on tickets to ‘Develop:conference’ over here in Brighton.

I hadn’t been before, so once again this would be a first for me. I booked for the latter two days of the three day event, with the dedicated audio track set to take place throughout the final conference day. With this in mind, I used my first day to visit the various expo floor booths, and to attend some more general game development talks. I particularly enjoyed a seminar on perfectionism and creative habits led by a wonderful lead animator at Creative Assembly, Adriana Pucciano.

Some talented students and recent graduates from Norwich University of the Arts were showcasing work from their Game Art & Design programme, such as concept art and one or two small games at the early stages of development. I hope to collaborate with one or two of them in the future. There were plenty of other interesting projects on show, including an upcoming game ‘From Light’, being made by a team of recent USC graduates who had flown over to exhibit it in Develop’s ‘Indie Showcase’. Bigger companies like Unreal and Unity had booths too, along with the likes of Ubisoft who have a couple of branches in England.

It was nice to see that people had travelled over from the US as well as other countries, but the conference really demonstrated the impressive amount of content that UK-based studios have to offer. The video game industry has a big presence here, which is still very much growing across the country. The day finished with a game audio drinks meet-up in a typical English pub, ‘The Lion & Lobster’. As to be expected from our community, this was good fun and I met some lovely folks working on all kinds of things. Although I tried to get a sensible amount of sleep, I believe a number of people happily carried the flag until the early hours of the morning!

The following day saw the audio bootcamp unfold with great talks by speakers from Bioware, Dolby, Criterion and Media Molecule among others. Some stragglers appeared a little late, looking somewhat worse for wares after the previous night, but valiantly made it through some complex seminars. We were offered a deep look into the sound design and music implementation from Mass Effect Andromeda, audio philosophies discovered through the making of Battlefront: X-Wing VR, along with the technicalities of Dolby Atmos, and how it can be utilised moving forwards.

A personal highlight for me was the final audio session of the day – a roundtable with people from across the industry, including Formosa Interactive’s Paul Lipson, Soundcut’s Adele Cutting, and Bioware’s Jeremy Voillot. Hosted by John Broomhall, the panel reflected on industry progress in recent years, made some predictions for the future of game audio, and provided some valuable all-round wisdom.

It was great to meet up and chat with one or two people I remember well from GDC and last year’s GameSoundCon, but also a pleasure to meet new faces and start new friendships. While small and personal, Develop had some really excellent speakers and plenty of cool things on show. I’d highly recommend it to anyone who fancies a fun, UK based conference, on a smaller and more intimate scale.

Game On! at San Francisco Conservatory of Music