The Vanishing of Ethan Carter Original Soundtrack will be released by Sumthing Else Music Works on January 27, 2015.

RS: How do you prepare to compose for a game like The Vanishing of Ethan Carter?  Do you begin composing straight away and how much of the overall music do you have thought out from the start?

MS: I actually spend quite a lot of time thinking about the piece of work. More and more, that analysis predominates over my compositional process. Sometimes it consumes more time than putting down the actual notes.

I start by creating a special document filled with notations on what the music will be like. I list the emotions I’m going to cover, the instrumentation, the types of harmonies and pretty much as many details as I can. It’s much like an architect sketching a plan before letting builders start laying down foundations and walls. Once I’ve completed these notes I start looking at the given screenshots from the game and let the music come out. 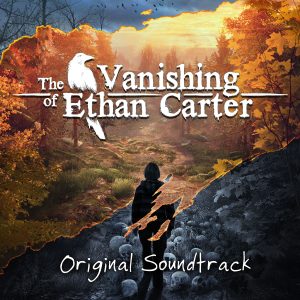 RS: Much of the music in The Vanishing of Ethan Carter has a very open, beautiful sound.  While it does feel tonal, it often feels unresolved, and really creates an overall atmosphere.  How did you go about creating this musical world?

MS: I begin by being consciously aware of harmonic and melodic resolutions, and how they bring a natural conclusion to a musical thought. This can easily redefine what’s happening on the screen. This holds true in both video games and films.  I also feel that staying away from resolutions, or at least lending them subtlety, helps the music loop without noticeable interruption.

As far as openness is concerned: I was thinking both in terms of time and in terms of harmony, using both those tools to achieve this. Harmonically speaking, I focused on using intervals fourths and fifths, plus chord structures built within those intervals. This is a common tool amongst composers, I however like to think of it as avoiding the thirds. This approach lends a subconscious anchor to the tonality. Thirds really lend definition to the chord. You want to avoid that if you’re looking to create harmonic space.

A secondary factor (and maybe a more important one) is the time, or rhythm; it needs to be very diluted if you want to create openness. If I choose a dense harmonic structure, (or even a block), I will overcompensate with more time passing before the next chord. This gives the player time to get used to what just happened in the music.

There are also “intensity hills and valleys” in the music (meaning that musical tension has a tendency to rise and fall). I feel this adds levels of complexity and interest to the music, making the game spookier while also lending it an air of the unexpected.

RS: Ethan’s Theme (for solo piano) really stands out to me, what made you decide to bring the score together with this track and at what stage of the process did you write Ethan’s theme?

MS: I wrote it very early on as a general theme for the game. I’m a pianist. Through improvisation I was trying to come up with a central theme that would capture the story of Ethan Carter. I was planning on orchestrating it once approved. As it turned out, The Astronauts loved it so much they didn’t want to add anything. And so it stayed. If you listen closely to the melodic pieces from the score, you will notice that each one is a variation of “Ethan’s Theme”. It borrows either the melodic shape, or the rhythms, or the distinguishing melodic intervals.

RS: Do you worry about composing a unique score for each new project, or do you find each score naturally follows a different path?

Definitely the latter…at least when it comes to video games. In TV scoring there is a lot of dealing with temp tracks and requests to imitate cues that I, or someone else, have already written. However, of the several games I have scored (The Vanishing of Ethan Carter, The Witcher 3:Wild Hunt) each has its own unique and different sound. They are as different as the games themselves.

RS: Who are some composers, both game/media and generally who have inspired your music and what about them have you found inspiring?  Whose music are you listening to at the moment?

Let’s start with media: the king is John Williams. I know everyone will expect this answer, but there is no other. He borrows what’s best from centuries of classical music, and applies it perfectly to the picture. He also manages to marry the sophistication of the music with its simplicity and clarity, thereby making it easier to assimilate by the average listener. That is a winning combination. His strong themes carry memories from my childhood; enough said :).

Michael Giacchino is another one I value very highly. In fact his score to “Medal of Honor” is in my opinion the best video game music ever. I remember when I played it on PS2. I suddenly stopped paying attention to the game and felt my eyes tearing up. His themes are also top-notch. That is actually something that I admire very highly; I like when the melody outlines some interesting harmony underneath, which is not always the case when one writes modally. In such cases, the harmony tends to be much more forgiving to the melody.

On the other side of the sonic palette is Trent Reznor. I have never been a fan of Nine Inch Nails; it’s just not my cup of tea. However, what he does in his scores amazes me. The very unique and precise texture and overall production of the music wins me over each time I hear it. It’s reached the point where I am considering investing more in the analog synths which have never been part of my sound.

I also have to mention Hans Zimmer. I am aware that there are musical purists out there who tend to criticize his style. In fact, his style is very well-thought-out, very clear and logical. I love the way his work helps tell the story within the movie, making it so much more exciting. I feel he is the reason I enjoyed Christopher Nolan’s movies so much. And he constantly reinvents himself, which I find most inspiring.

As far as the classical music world, my heart really resonates with what’s taken place over the last hundred years. Ravel, Bartok, Shostakovich, Hindemith, Arvo Pärt, Górecki, are probably my favorites. But I am aware this list should be much longer. I really would like to add Bohuslav Martinů here as well. He is to my knowledge the only one who manages to bring up happy and humorous notes, scarcely heard in Twentieth Century music. I find it brave and unique. Recently, to my own surprise, I have become a fan of progressive rock.

RS: When composing for a game that has as high a level of anticipation and an established audience as The Witcher 3, how much attention do you pay to the music from the previous games? Are you aware of following on from previous titles, or do you approach it as a new project?

MS: “The Witcher 3” is a completely new project. Despite the fact that some themes still linger from previous installments, it takes a new musical approach. I hope you enjoy it. We placed a lot of stress on making the music sound original, for the first time using elements borrowed from Slavic folk styles.

RS: You seem to have a really busy schedule, moving between lots of different projects.  Do you have any secrets to maintaining energy and keeping your ideas new when going from project to project?

MS: Any new project is exciting for me, and naturally brings with it a wave of new ideas. These ideas may flow naturally from a conversation with a director about his vision, from the visuals, (as was the case with “The Vanishing of Ethan Carter”), or from listening to other preexisting music. Or it can flow from just trying out different sounds and letting them inspire subsequent themes. I rarely get tired, although I must admit I almost never work past 10pm. That’s when my brain just switches to auto-mode.