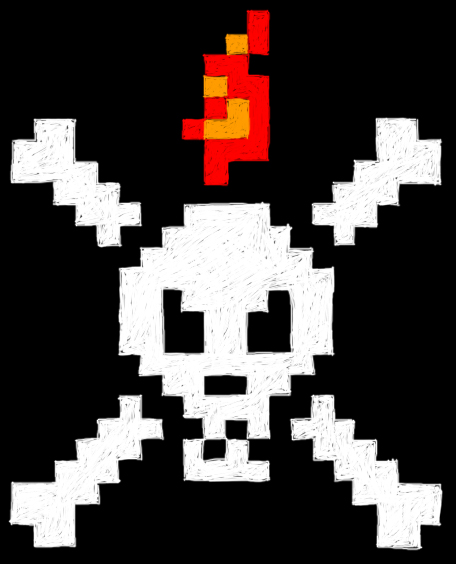 It’s been a while since I blogged on GANG’s website.  Quite a lot has happened in the interum.  Most notibly, Disney shut down LucasArts.  That’s kinda’ big.  So, now I’m out there in the throng.  I hung up a shingle over at DunderpateMusic.com.

You see, dunderpate is an old word, probably from the early 1600s.  It means a numbskull, or a blockhead (ie: see my company’s logo).  It also is a reference to the fact that I must be a blockhead if I am really trying to make it out there as a freelance composer in as crowded a market as we have.  Ah, self-depricating humor…

Anyway, that’s it.  Dunderpate.  Other options I kicked around that meant the same thing were Ninnyhammer and Dunderhead.  But I liked Dunderpate best of all.

So, there you go. Now I’m freelancing. You can find me, if you’d so like to, over @dunderpatemusic on Twitter or here on SoundCloud.

Once again defying anyone to accuse me of brevity,
– Jess

Here is my finished project Cinema!