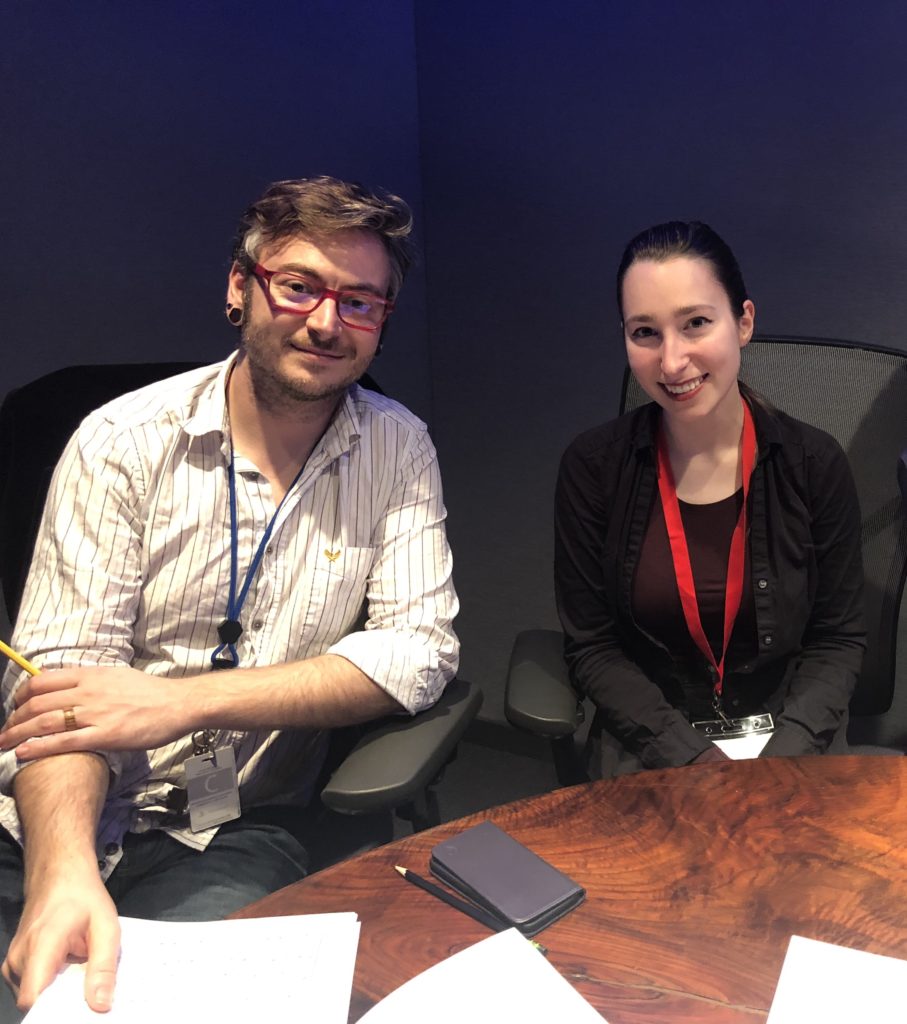 Sam Marshall wants you to know that it’s okay to fail. In fact, he encourages it.

A video game composer and member of the music department at Sony Interactive Entertainment since 2013, and a mentor to aspiring video game composers at the San Francisco Conservatory of Music, Marshall emphasizes that starting over is just part of the process. “It’s okay to feel like you’ve failed. I write terrible music all the time. That’s part of the process—you have to fail a bunch before you get it right, and that’s okay. You figure it out; it often just takes a few spins to get there.”

For Marshall, getting “there” in his music career was serendipitous. As a composition major, he had fond memories of playing video games as a child, but he was more interested in film music. It wasn’t until he signed up for an introduction to video game scoring class that his nostalgia was rekindled. “It inspired me to start playing some games again. At that point, I’d missed almost ten years of game development, and it was amazing to see how they’d changed. And the music, instead of just computer bleeps and bloops, they were like film scores!”

One of his professors hired him to help out on some professional video game scores, and shortly after graduating, Sam moved to the Bay Area, where many of these projects had been based. “I thought that I could do the “musician thing” and move to LA or New York. Or, I could move to San Francisco and be a part of this great scene. So that’s what I did.”

A job at Sony Interactive Entertainment shortly followed. Since then, Marshall has worn many hats in the music department, from production work and music integration for hit game titles like Call of Duty WWII, to mixing and editing. His latest project, Concrete Genie, was released last month to widespread acclaim.

“Concrete Genie is a really heartwarming story about a young boy who’s a visual artist. He discovers a magic paintbrush that allows him, and the player creating the art, to defy the local bullies by bringing his artwork to life and restoring his run-down hometown. It’s a story about the joy of creativity and how it can bring life back into a situation.”

To create the music for the game, Marshall identified three main themes—youth, maturity, and magic—each of which he assigned to a specific instrument.

“For youth, I really just thought, what’s the most youthful-sounding instrument? And I decided on the flute. It’s playful, joyful, expressive, and from a technical standpoint, it’s a great melody delivery system.” The theme of maturity is represented by a film-scoring staple, the cello, which he says “has such a wide emotional range, and it makes for an interesting contrast with the flute.”

Using the two instruments for the humanistic themes, Marshall then decided to use an analog synthesizer kit, creating an otherworldly sound for the magic theme. “I love the warm, creamy synth sound, and it just kind of worked—sometimes you just know when something is the right fit. And it had to be analog, not digital, since I wanted that warmer retro vibe to work with this particular game, which is influenced by those 80’s coming-of-age movies with a hint of fantasy, like The Goonies.” With these parameters set, he was ready to forge ahead with writing the music itself.

Why so specific? “As a creative, it’s important to limit your tool set sometimes–too many options can be overwhelming. For example, if you walk into a room filled with every art supply that has ever existed–pencils, canvases, watercolors, molding putty, oil paints, and someone says, “Go make art!”–well, that would be overwhelming, because where do you even start? But if someone tells you to paint a bird using three specific colors of oil paint, that’s way easier because you’ve narrowed down the possibilities. I always do this with my stuff, and I establish it early on and use it to develop the main theme.”

These lessons are among the many pearls of wisdom that Marshall passes along to students in the SFCM’s Technology and Applied Composition (TAC) program. Through a partnership with Sony, students in the Composition Workshop class are given the opportunity to create a mock video game score, receive peer and professional feedback on it, and produce a real recording of the finished score at Sony’s studios in San Mateo.

Video game scoring, students learn, comes with a unique set of challenges. Marshall’s favorite example is this: “Imagine you’re watching a horror movie. There’s a big scary house. The main character opens the front door, walks up the stairs, sees a glowing light under a door. The music swells as we approach the door, and when it opens and the monster pops out, the crescendo hits. Now, in a video game, you could get all the way to that door and decide not to open it. You could walk back down the stairs and out of the house. Or you could not enter the house at all. A movie won’t ever change, but a game is going to be different every time, and the music needs to be able to adjust and change to reflect any possible scenario.”

To that end, music needs to be unobtrusive and seamless, but also needs to help paint the mood of the game. “Despite the challenges, the number one goal in writing a video game score is to write cool music, to write music that’s right for the project and that has the right vibe and feeling. The second step is figuring out how it’s going to be integrated, how the looping and stitching needs to happen, and tailoring the music to that.”

Revision is one of the most critical components of the course. “Professional composers have to revise all the time. Talent can only get you so far. In this industry, it’s assumed that you’re talented—you’re at SFCM because you’re talented. But you need to be able to collaborate too. If they ask you for a rewrite, don’t take it personally. Remember, it’s not about you, it’s about what’s right for the project.”

This also means being willing to start over. “You have to be willing to get a minute and a half into writing a new tune, realize that it’s not working, and just delete it all. Don’t force a square peg into a round hole. If it doesn’t feel good from the start, it’s going to be an uphill battle.”

Another piece of advice that Marshall has for composers of all genres is, quite simply, to write. “Write bad stuff. Write good stuff. Just write as much as you can. John Williams writes two minutes of music every single day. Writing is a creative muscle that needs to be exercised. I notice that if I get busy with mixing and editing and I don’t write for a month (or 2, or 3), then that muscle gets weak and it takes a while to get it back into shape.”

He also says to get in the habit of completing your work. “If you’re on to something good, finish it. Anybody can write a really cool first 8 bars of a tune, but getting to the end and making it satisfying is a whole other skill set. This is what sets apart the amateurs from the professionals. In this industry, there will be demanding projects with real, quick turnarounds and deadlines.”

SFCM students and recent graduates have been recruited to some of these real-life projects at Sony Interactive Entertainment, including Concrete Genie. “Through the TAC program, we’ve discovered some really great musicians,” says Marshall. “I thought, let’s get some of these students in there, who are very eager to be working on real-life projects. It wasn’t a hard decision because the quality of their work is so great, and it just seemed to work well.” SFCM graduate Colin Grant (PSD ‘17) helped with sound design and dialogue editing, Helen Newby (MM ‘15) played cello, and Sasha Launer (MM ‘11), Tori Hauk (PSD ‘14), and TAC director MaryClare Brzytwa were on flute.

An entire choir composed of SFCM students were also involved on the project, says Brzytwa. “We brought a choir of SFCM students to Sony for our Spring Composition Workshop collaboration to record students’ final assignments with Sam and the other team members there. They were impressed with the quality and hired them back to record for Concrete Genie.” The choir can be heard on the track “The Crystal Canvas.”

Concrete Genie is available now on PlayStation 4. The soundtrack can be streamed on Spotify and Amazon Music.

The Dog and Pony Show is Busy!