THE THREE Rs OF AUDIO LEADERSHIP – Jesse Harlin (May 2008)

LAST YEAR (AN INSIDE JOB, MAY 2007), we talked about making the jump from freelancer to on-staff sound designer. Being on staff eventually brings with it assent up the rungs of the corporate ladder. With enough years and completed titles under your proverbial belt, the opportunity to lead a project will inevitably present itself.

While the temptation of a higher salary and an increasingly impressive resume can be a powerful draw, and while all audio leads need to have a rock-solid understanding of the process and pitfalls of sound design, the role of audio lead is actually a radically different one than that of sound designer. At its core, the job of audio lead is a management position and with management comes an entirely new set of expectations and job requirements—frequently at the expense of actual sound design. While titles, companies, and personalities will vary greatly, the common facets of all audio lead positions fall into three separate categories that we’ll refer to here as The Three Rs: Resources, Representation, and Responsibility.

As a good friend of mine describes his job, the audio lead is responsible for everything that comes out of the speakers. This means that simply having folders full of music, voice, and sound effects assets on a hard drive or checked into Perforce isn’t enough. The company is relying on the audio lead to make sure that those assets make their way out of the speakers at the highest quality level possible while coming in on time, on budget, and conforming to all necessary console compliance specifications. To accomplish all of these goals, an audio lead has to become proficient at juggling resources.

Unless the game is small, the audio lead will most likely need a support staff of at least one additional sound designer. Larger games require elaborate audio teams that can include both on-staff sound designers and teams of outside contractors. Regardless of the size of the team, the audio lead is responsible for a staffing plan that realistically determines the number of designers, when those designers roll on to and off of the project, and which is flexible enough to change if the needs or scope of the project changes during the development cycle. This might mean coordinating with human resources and top management to interview and audition new hires.

Manpower isn’t the only resource audio leads track. It also falls to the audio lead to decide what audio engine will be used. This decision might mean going with an established piece of tech that has been in use at the company for years. Even then, some changes to the tech may be needed, and the audio lead is responsible for specifying these changes to engineering staff. If no tech exists, the audio lead will need to either evaluate available commercial middleware or spec out the design of new internal technology.

Lastly, the audio lead is responsible for daily administrative work. This could be anything from early pre-production documentation such as milestone roadmaps or Microsoft Project files to assigning designers audio bugs to signing timecards and answering the inevitable mountain of email.

Resources are the most tangible aspect of the gig. The other Rs are more nebulous, but no less important. The audio lead is the public face of audio and will be the most visible member of the audio team to everyone from level designers to testers to executive management. This means representing audio at a vast array of relevant meetings, from weekly check-ins with producers and directors to audio staff meetings where tasks are delegated, needs are assessed, and roles are defined. As such, it falls to the audio lead to instill a sense of competence and confidence that all audio tasks are being handled professionally. This means having a head not only for compression ratios and memory footprints, but also for interoffice politics, conflict resolution, and diplomacy. Audio leads must make sure that they serve as the channel of communication between audio and the rest of the development team, ensuring that tool, tech, and vacation requests from the sound designers find their way up the chain just as milestone dates, demo needs, and overtime requests find their way down. Since the lead is the one talking audio with the rest of the team on a daily basis, he or she must also make sure that to pass along praise and other feedback to the sound designers who might otherwise feel as though they’re creating content in a vacuum.

As a manager, an audio lead has special responsibilities to both team and company that have nothing to do with audio. Managers are viewed as agents of their company and as such are expected to adhere to higher standards. This may mean taking part in HR-mandated sensitivity training as well as employee performance reviews and decisions involving bonuses, vacation approval, and career growth.

Managers are role models for their employees and their attitudes will affect team morale and performance. Careless complaints about crunch time or executive management set an example to the team just as much as pep talks and a positive attitude do. Being responsible for everything that comes out of the speakers means no longer simply safeguarding your own reputation, but being entrusted with the reputations of your audio staff, your development team, the game title, and your company. 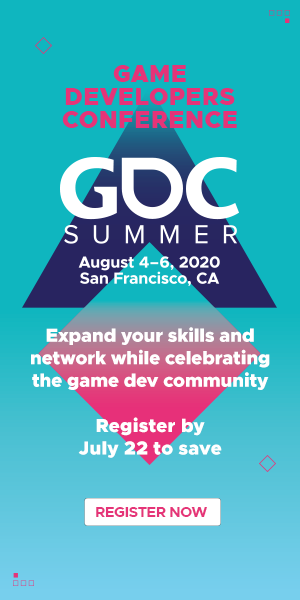