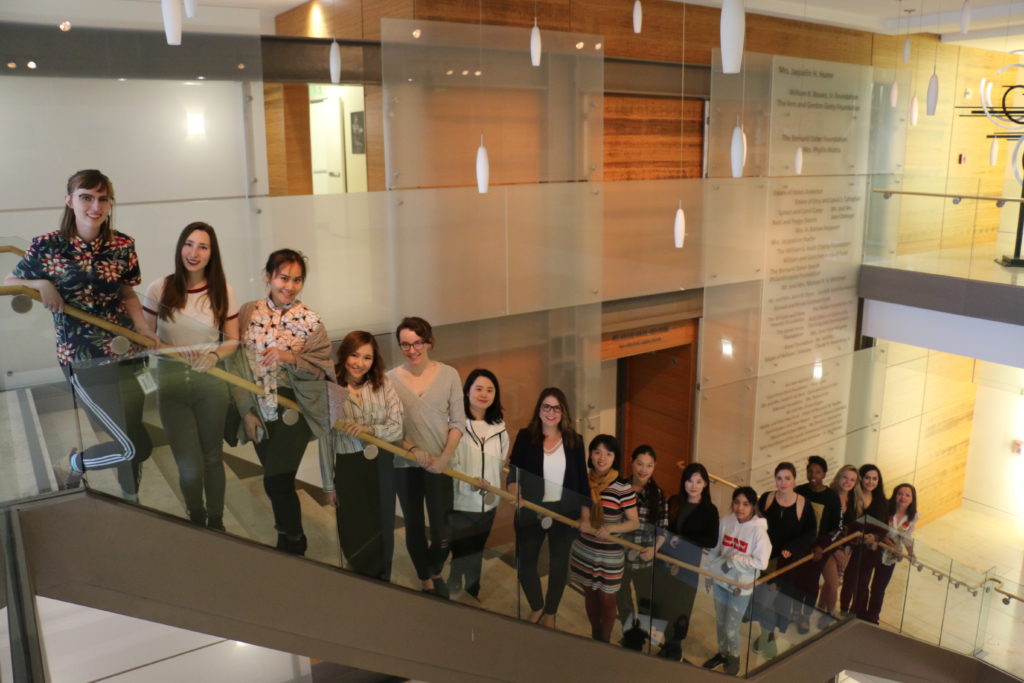 The Future is Female

There is a powerful new generation of women media and concert composers taking shape, inspired, in part, by a relatively recent, yet significant increase in successful visible female role models such as Pinar Toprak, Jessica Curry and Angelica Negron to name only a few. This younger cohort of up and coming artists are impressive to say the least and are in evidence both in schools and increasingly in the field.

On April 23rd, the San Francisco Conservatory of Music presented “The Future is Female”, a group performance highlighting compositions by female students and faculty of the “Technology and Applied Composition” program at SFCM. The evening was an impressive group effort by an ensemble of women, coming together to tell their various stories of influences, history, hopes, struggles and triumphs, all told through contemporary music, different uses of technology and in the hands of a very talented group of musicians and artists.

More than just a metaphorical group effort, the whole production was organized by TAC students with many composers handling multiple roles sometimes playing instruments on each other’s pieces and assisting one another with various forms of technology. Production and Technical Coordination were handled by composers Molly Monahan and Seira McCarthy respectively and the various assembled ensembles were conducted by TAC Professor and composer Daria Novoliantceva. On hand to perform and accompany most compositions was a string quintet composed of 5 top Bay Area female performers who have graced the stage with the SF Symphony, SF Opera, California Symphony, as well as varying numbers of vocalists.

The entire show was glued together by well-produced video segments created by composer Danielle Ferarri. Each segment was an interview with numerous successful women (and a couple men) in the audio and music world, often highlighting the deep impact and influences women have had on their careers, the difficulties they’ve faced being the rare women in the field and what positive impacts they’ve seen from more diverse populations of artists.

TAC is largely a “composition for media” program but also has a substantial “composition with media” component and so a majority of the pieces were written for electro-acoustic performance, which varied widely both in tone and style. TAC executive director MaryClare Brytzwa started off the show with improvised, non-tonal, electronic textures working exceptionally well set against her contemporary styled string quartet and spoken word pieces. Seira McCarthy’s “There She Stood” for Cello and Bass was accompanied by prepared electronics and a real-time performed Max patch processing of the strings, resulting in an impressively coherent and lyrical piece. Helene Choyer’s appropriationalistic rondo created a fun and slightly wild effect as she cycled through her interpretations of compositions by 5 different influential women all accompanied by found sound and video collage. Composer and visiting faculty member Laura Karpman presented a lovely movement from her “Different Lanes” quartet, which accompanied by video represents a “bucolic country drive” with nods to Bernard Herrmann and Jay Livingston. Jana Ma’s “Strength” was presented as a combination of pre-recorded elements and live instrumentation achieving lush pop sensibilities. Jessica Mao’s piece with piano and electronics elements worked excellently, resulting in a large cinematic feel with the intimacy of the small ensemble. Molly Monahan’s Max patch fueled “Frances” was a brutal, multimedia noise tour de force, evolving from sparse, processed utterances to a full blown barrage of flashing images and noise that maintained its excellently conceived coherency and intent.

As a program within the SF Conservatory, all TAC composers presented have a solid classical composition foundation, some of whom chose to stick to straight acoustic performances. Eliza Carrington’s “Gardenia”, the 3rd movement of a larger piece, focuses on solo classical guitar performed by the composer with a very effective accompaniment by the strings for a dynamic climax to a piece filled with cellular concepts, odd timings and solid nods to tradition. Nicole Rowe’s delicate piece for strings and vocals did a lovely job representing a multilayered program with a gentle pop feel. Moya Gotham’s “11:11” was a mix of traditional quartet motions and textures with some excellently utilized modern sonorities. Jiahui Li’s “Forget, and Remember” presented a lush set of variations of a main theme done “in Chinese style” achieving both drama and coherency. TAC professor Daria Novoliantceva’s “Art Begins with a Lie” was performed as quintet with piano, keys and a vocalist and while it never lost sight of it’s beautiful melodies it swam in and out of complex harmonies and arrangements, ending the show in an appropriately beautiful but complex way.

From the program notes to the video segments and throughout the entirety of the performances, “The Future is Female” not only made the point that the present state of music for and with media, is insufficiently female but more importantly, that there is no reason that the future can’t change for the better.

It doesn’t take a data scientist to see that women are wildly underrepresented in music for media and contemporary concert music. Data does show however, that any organization, be it business, government, or the arts, will be more successful, efficient and effective when women have a proportional presence in positions of power and influence. Assuming that we, the community of game composers and audio artists would like to see continued growth in our domain, filling in the gaps when it comes to gender (and other) diversity in our ranks seems like a straightforward and sure way to guarantee that growth. By facilitating and embracing a feedback loop of woman role models who inspire younger women to enter the field to become further role models, we all can assure that “The Future is Female”.

Student, and former G.A.N.G. Scholar, Danielle Ferrari had produced a series of interviews that were featured  during the concert. Among those interviewed were Rhonda Wilson, Terri Winston, and Piper Payne.

VGL Album Debuts at #10 on Billboard!!