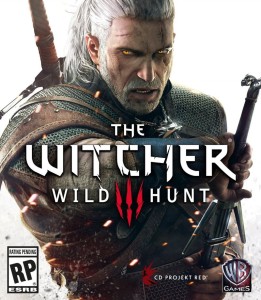 This month we reconnected with Mikolai Stroinski to talk about his recent work on The Witcher 3. The Witcher 3 has received widespread critical acclaim winning over 300 awards, including Best Original Music Winner – IGN Best of 2015, Best Soundtrack Winner – PlayStation 2015 Awards and Game of the Year – The Game Awards.

RS: In our last interview we briefly touched on the plan of borrowing elements from Slavic folk styles. How did you go about doing this? Were there specific musical examples that you listened to?

MS: At first I focused on listening to the more contemporary sounds of folk music from that region. I remember listening a bit to the Percival band, who also ended up contributing their music to the game as we know, but also the Warsaw Village Band which features excellent musicians who consistently raise the bar for that genre. They all had cool grooves and interesting color which naturally built the bridge between the old rustic folk sound and the modern audience. On top of that the phrasing  – and most importantly – the emotions. I would then take this element and mixed it with what I felt the sound of an RPG was…

All of this aside, I have been like a musical sponge over the years I spent in Poland so many of these sounds had already been in my subconscious. Another thing is, during my time of ghost-writing for US television, I was asked many times to bring this sound to the screen if the show needed it to sonically enhance the location. So I have had done this kind of research before. Now I needed to refresh it and apply it to a different medium.

RS: What elements did you borrow from these styles? It would be very interesting to hear if there were conscious elements you borrowed?

MS: I remember focusing on the sound of string instruments. If you close mic a violin you start hearing the rosin. It sounds very rough and organic and adds a bit of a disturbing tone quality on top of the normally beautiful sound of a violin. You also start hearing the wood. Folk instrumentation is really about small ensembles and the little sonic details that it produces. I admit I broke the Slavic note a couple of times by, for example, recording yali tambur (played with a bow! yummy!) or utilizing kemenche which I guess is also an instrument more from the Black Sea region rather than the Baltic.

RS: The Witcher 3 has a large sonic range, what sort of instrumentation did you use? How much flexibility did CD Projekt RED give you in instrumentation?

MS: There definitely were limitations and thank goodness for them because they spark my creativity. CD Projekt didn’t want me to use any classical woodwinds, for example, however string instruments and all sorts of drums (no electronics of course!) would be very welcome especially since they are so crucial in combat cues. Each of the three worlds in The Witcher 3 had its own sonic palette. Velen has the most Slavic sound for the reason I mentioned above, its roughness and unforgiving nature benefited from rough sounds of solo string instruments,  kemenche, hurry gurdy, fiddles and gusli lute. And very importantly,  the vocals. It’s the technique called “white singing” that is typical to the Slavic region and is about utilizing as much of an individual resonance to give more power to the voice. In fact it’s a mixture of singing and shouting.  Moving on, Skelige Islands had the Celtic and Scottish colors in them.  Irish flutes, recorders and pipes really help paint the musical scape here and they always go well with strings, as well as stronger melodic motives. Finally, the City of Novigrad predominantly featured instruments like plucked strings instruments and a mixture of many others which reflected that the city was a mixture of cultures in the game. 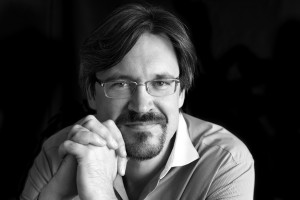 RS: What was the workflow like with Marcin Przybylowicz (the in-house composer/audio director)? How were the composition tasks divided and what sort of directions were you given for each composition?

MS: Marcin as an in-house composer and audio director was the one having the access to the game and was doing the work in Wwise. He was also a voice between me and the creative director and it was he who directed my work. The workflow was very smooth – despite the nine hours of time difference between Warsaw and Los Angeles. He works at night and I work during the day, so it was perfect. The cues were divided into three categories; exploration with a matching combat cue and scoring interactive scenes. Those where similar as scoring to picture in linear media.

RS: What were the deliverables you ended up giving the company? Did you send full mock-ups or finished scores or something else?

Each of the exploration and combat cues would be delivered into three separate layers with an intro and an ending.  The pieces that were scored to picture were delivered as individual files. On top of that I created full mixes for the soundtrack album.

RS: Finally, in the last interview we spoke about some of your longer term influences. Has any new music caught your ear recently?

MS : Nothing specific comes to my mind. I haven’t really had time to listen to new music. Just the contrary! I got myself a vinyl player and listen to old jazz records as I put my son to sleep in the evening.